We, at A&L Movers, LLC, understand the importance of the items that we are moving and give those items the respect that they deserve. Our goal is to provide our customers with the highest level of service possible to help ease the stress and frustration of moving or relocating. Request a FREE, NO-OBLIGATION QUOTE today. 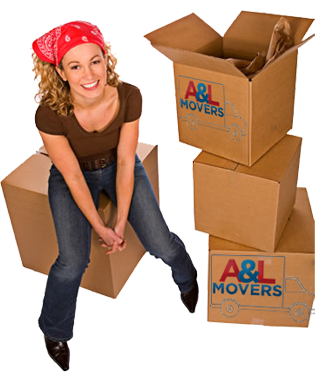 Book our Lafayette Movers for your next move. Our Experience Shows!

Are you moving in Lafayette, Louisiana?

If you have a residential moving or commercial moving need in Lafayette consider A&L Movers. 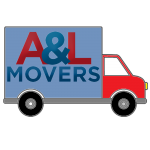 Perhaps you are moving across the state or country and have a long distance move we can help you at A&L Movers. Studies show that moving is the third most stressful life event that a person can go through during their lives. If you are looking for a reliable Lafayette moving service A&L Movers is the Lafayette moving company for you.

Our staff will create a stress free environment during your move in order to make it the exciting memory that it should be. New faces, new places, moving your life in a box is a big deal for most people. We have moved countless people since we began offering our Lafayette moving services, and it is not a coincidence that we come highly recommended by our customers. Being able to handle various moving needs is an important part in maintaining our excellent reputation. 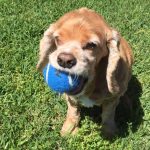 From local moving, apartment moving and home moving to commercial moving and office moving in Lafayette our moving service remains well equipped to handle all types of moving. The quality of work and care for your valuable possessions demonstrates the amount of experience we have and the pride that we exhibit in every moving job we do. Our number one priority is to relieve stress on an already stressful event. We thoroughly understand the difficulties of moving and pride ourselves on our ability to provide a level of service that allows you, our customer, to have peace of mind.

Beyond just being another Lafayette mover we offer complete packing services and we offer junk hauling and removal in Lafayette as well. From mattress disposal or replacing a major appliance like a washer or dryer, to garage, basement or attic clean out services. We handle everything from moving in Lafayette to turning your trash into someones treasure. Hire our Lafayette movers with confidence knowing that you can rely on A&L Movers to get the job done right the first time. We work hard so people will feel inclined to leave us a positive review about their experience with us. You can read more about moving reviews from customers here. Don't hesitate to call us at 337-335-0921. Let us make moving in Lafayette easy for you. Click here to get a free quote now and start planning your moving experience with A&L Movers. 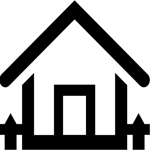 Moving to a new home in Lafayette? Let our team of Lafayette local movers do the work for you. A&L… 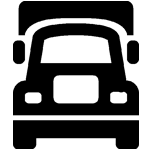 A&L Movers LLC is proud to offer Junk Removal in Lafayette and beyond. Our eco-friendly clean-up ser… 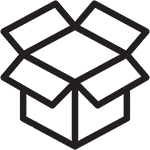 We use high quality boxes, and take the extra time to securely pack all of your belongings nice and…

We strive to maintain a 100% satisfaction rate with all of our customers.

Long day of packing and moving from Lafayette to Jeanerette finial stop Cypermort Point !Guys did a great job yesterday!... 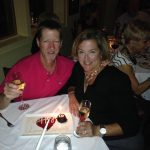 Long day of packing and moving from Lafayette to Jeanerette finial stop Cypermort Point !Guys did a great job yesterday! Very polite and courtesy and took there time wrapping and loading each piece of furniture. I Would highly recommend using A&L movers!
https://www.almoversllc.com/testimonials/i-would-highly-recommend-using-al-movers/ 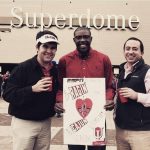 Would recommend them to anyone.

They are awesome.. Great job with handling fine furniture and china. Most well mannered young men. Would recommend them to...

They are awesome.. Great job with handling fine furniture and china. Most well mannered young men. Would recommend them to anyone.
https://www.almoversllc.com/testimonials/would-recommend-them-to-anyone/
5
3
A&L Movers LLC

The people have spoken…

The initial contact was with one of the owners and was a great start to a customer/business relationship. Moving day started with the movers showing up on time and ready to work. The load up was quick and they obviously were taking good care of our belongings. Delivery was just as well done. While it's nice these days to receive good service, these were the of the nicest guys as well. Pleasant experience and I can't recommend these guys for your moving needs enough.

If you're reading this, you're probably moving soon and researching moving companies. Don't hesitate to use A & L! After never using a moving company for my previous moves, and after much research, I decided to give A & L a shot. I booked the move, held my breath, and crossed my fingers. From day 1, they were responsive and professional. I was skeptical when booking, but realized after the move, that they were honest and upfront about their costs and what to expect. On moving day, their trucks and crew arrived when and where they said they'd be (one at the house and one at my storage unit). They did not waste time and immediately got to work. Some wrapped furniture, while others loaded the truck. The entire crew was just as courteous and professional as Blake and those in the office whom I had booked with. They all proved to be good, honest, hard-working people... not just a smiling face trying to get my business. We weren't closing on our new house until the next day, so day 1, our belongings were loaded onto 2 trucks where they stayed over night. Day 2, unloading day, they were once again... when and where they said they'd be. There were hurdles to overcome on day 2, none of which were A & L's fault, but they were unfazed. They worked with us and unloaded one truck in the a.m. and came back late afternoon and unloaded the second truck. They worked until 6:30 pm, remaining careful, efficient, courteous, and in good spirits. Sounds like a good moving company right? It gets better. My actual cost was lower than what I had been quoted! Like I said earlier, don't hesitate... book with A & L. They made my move easy. I would use them again any time and highly recommend them to you!

They showed up on time and loaded everything carefully, also when we unloaded, they followed instructions politely and again were very careful with moving everything into it's new space. When one of the guys found a ring in one of the rooms that was lost, it was brought to me and returned. I highly recommend them.

Check out A & L Movers on Yelp